RSVPs are required for this free event. 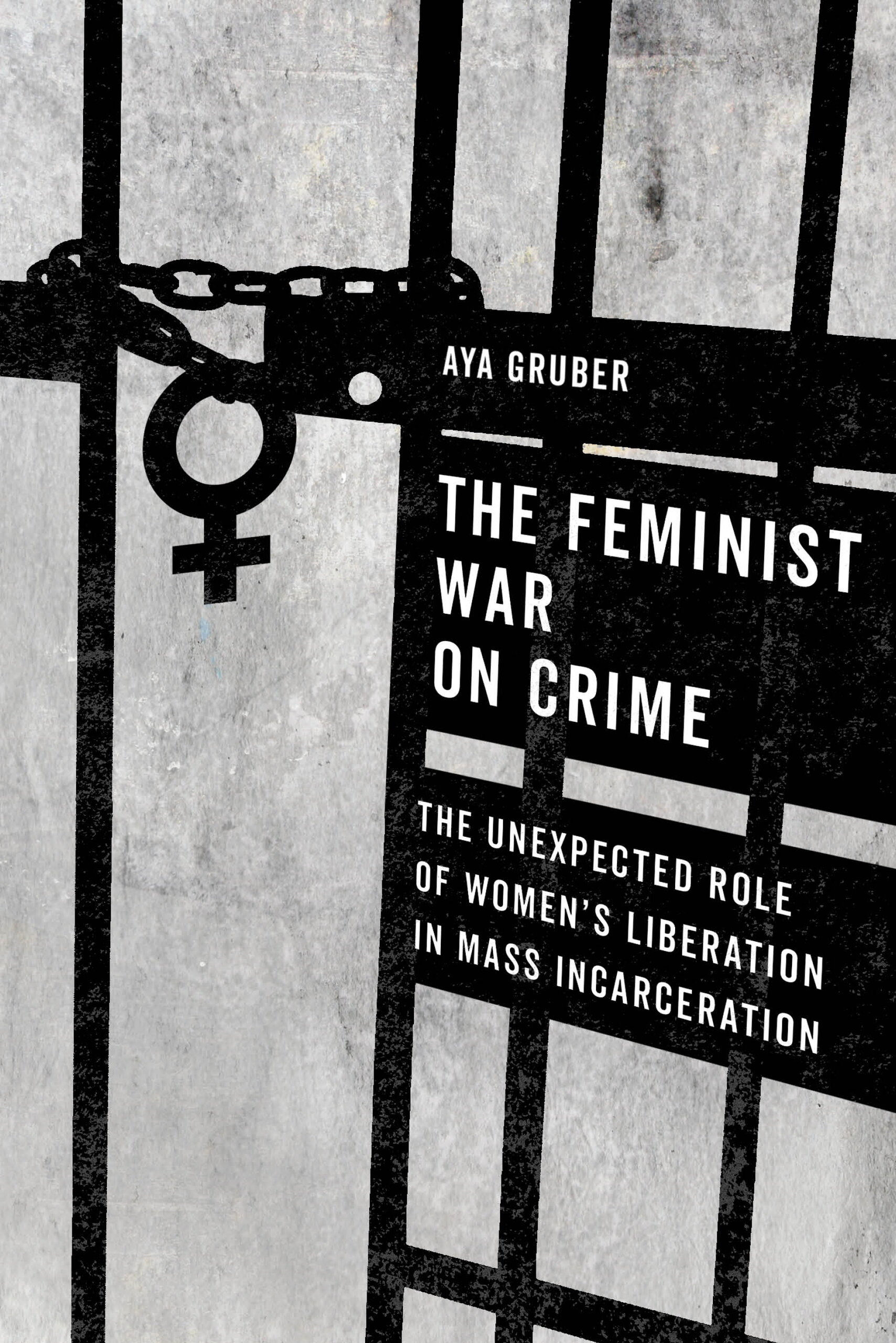 We invite you to read The Feminist War on Crime before our event.  The book can be purchased at University of California Press (Save 30% with Code 19W5801), Amazon, Politics & Prose, or any local bookseller.

The Feminist War on Crime tells the fascinating story how feminists, in their quest to secure women’s protection from domestic violence and rape, became soldiers in the war on crime and contributors to mass incarceration.  It sketches a path forward for young women, activists, and lawmakers to oppose violence against women without reinforcing the American prison state.

Aya Gruber is a professor at the University of Colorado Law School, where she teaches criminal law, criminal procedure, and critical theory. As a lifelong feminist, a former public defender, a professor of criminal law for eighteen years, and a survivor, she has personally and professionally grappled with the issue of feminism’s influence on criminal law for decades.  With her book, The Feminist War on Crime, Gruber seeks to engage the new generation of energized feminists who care deeply about women’s equality and ending mass incarceration.  You can learn more about Professor Gruber and read excerpts from her book by visiting her website, https://www.ayagruber.com/.

Jeannie Suk Gersen is the John H. Watson, Jr. Professor of Law at Harvard Law School, where she has taught constitutional law, criminal law and procedure, family law, and the law of art, fashion, and the performing arts. Before joining the faculty in 2006, she served as a law clerk to Justice David Souter on the United States Supreme Court, and to Judge Harry Edwards on the U.S. Court of Appeals for the D.C. Circuit. She was educated at Yale (B.A. 1995), at Oxford (D.Phil 1999) where she was a Marshall Scholar, and at Harvard Law School (J.D. 2002), where she was a Paul & Daisy Soros Fellow. She has written three books and many articles in scholarly journals and general media. Her book, At Home in the Law, was awarded the Law and Society Association's Herbert Jacob Prize for the best law and society book of the year. She has been a Guggenheim Fellow and a recipient of Harvard Law School's Sacks-Freund Award for Teaching Excellence. She is a Contributing Writer to The New Yorker.

Please share with fellow HLS alumni within your social media and other networks.

Login info will be mailed to participants in advance of the Zoom talk; please check the email address you used to register.